Amazon Smiles – A way you can help support AASOCV simply by clicking on the following link before you purchase from Amazon.com: “Amazon Smiles Supports AASOCV“

Indonesia shares borders with Malaysia on Borneo Island, with Papua New Guinea on Papua Island, and with East Timor on Timor Island. Other neighboring countries include Singapore, the Philippines, Australia, and the union territory of the Andaman and Nicobar Islands in India. Stretching from Sabang to Merauke, Indonesia boasts a tremendous variety of ethnic, linguistic, and religious groups, with the Javanese being the largest ethnic group. Indonesia’s national motto is “Bhineka Tunggal Ika” (Unity in Diversity). The islands became an important trading area when the Kingdom of Sriwijaya established religious and trade relations with China and India, 7th-14th centuries. Hindu and Buddhist kingdoms developed in the early centuries of the first millennium, followed by the traders who brought Islam. Later came a variety of European countries who battled for control of the lucrative spice trade in the Moluccas.

Indonesia moderate climate throughout the year, its fertile soil brought about by lava, and its minerals found on land and in the sea caused by volcanic eruptions, have made this the ideal habitat for a large number of unique and endemic flora and fauna. Indonesia has among the most diverse variety of species of animal life on land and in the seas found anywhere in the world.

Indonesia host two most beautiful ancient wonders, the famous Borobudur temple and the revered Prambanan temple. Observing the well preserved remains of the Buddhism and Hinduism around the currently majority Muslim is the epitome of religions and cultures experience.

Indonesian cuisine reflects regional, ethnic, Chinese, Middle Eastern, Indian, and Western influences, and daily food quality, quantity, and diversity vary greatly by season and ecological conditions. Rice is a staple element in most regional cooking and the center of general Indonesian cuisine. Side dishes of meat, fish, eggs, and vegetables and a variety of condiments and sauces using chili peppers and other spices accompany rice. 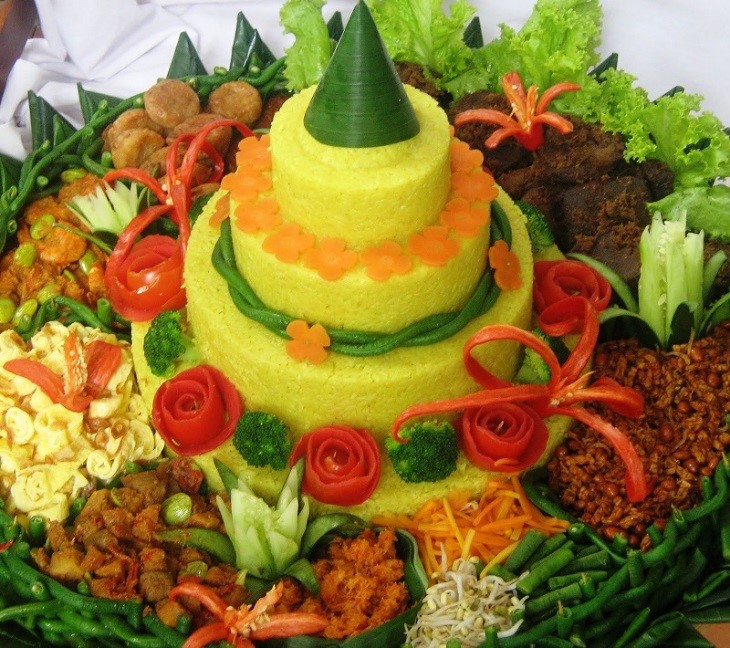 Intertwined with religion and age-old traditions from the time of early migrants the art and culture of Indonesia is rich in itself with Western thoughts brought by Portuguese traders and Dutch colonists. The art and culture of Indonesia has been shaped around its hundreds of ethnic groups, each with cultural differences that have shifted over the centuries. Modern-day Indonesian culture is a fusion of cultural aspects from Arabic, Chinese, Malay and European sources. Music plays an important role in Indonesia’s art and culture. Traces of its origin can be made to the islands of Java, Sumatra and Bali. ‘Gamelan’ is the traditional music from Central- and East Java and Bali. Another very popular style of music is ‘Dangdut’ which is accompanied with free dance style. This style first came up in the 1970s and is quite useful in political campaigns. Other forms of music include the Keroncong with its roots in Portugal, the soft Sasando music from West Timor and Degung and Angklung from West Java, which is played with bamboo instruments. 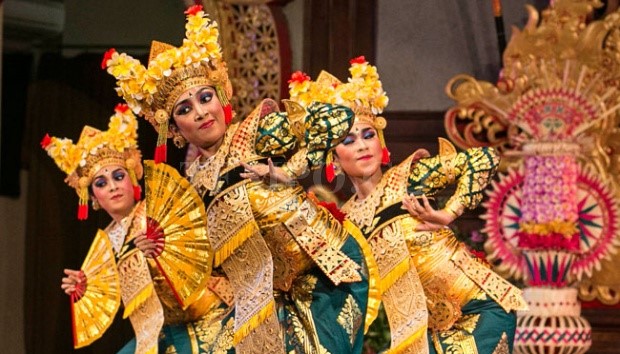