Amazon Smiles – A way you can help support AASOCV simply by clicking on the following link before you purchase from Amazon.com: “Amazon Smiles Supports AASOCV“ 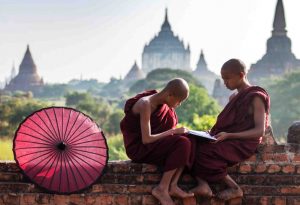 Myanmar (Burma) is a country that covers 676,578 square kilometers (about the size of France) and has a population of 52 million. These people are made up of a striking array of different ethnic groups, which include Bamar/Burmese (by some distance the largest in number), Kachin, Kayah, Karen, Chin, Mon, Myanmar, Rakhine, Shan, Han Chinese and Indian, to name but a few.

This variety of ethnicities also means massive language diversity, although Burmese is the official language, and English is widely used — to varying degrees Of proficiency.

Since 2005, the capital has been located in Nay Pyi Taw, but the former capital, Yangon (Rangoon), remains the biggest city, commercial centre, and arrival point for most visitors. The moving of capitals is in fact in line with the tradition of upheaval and renewal in Myanmar — the country has had many capitals over the years, including Mandalay, Inwa and Mrauk U, to name just a few. 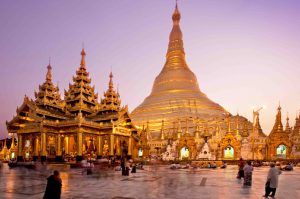 The official name of the country is the Republic of the Union of Myanmar. In 1989, the name was changed from Burma to Myanmar. Both names are derived from the majority ethnic group, the Bamar – Myanmar being the formal, literary term, and Burma the colloquial, everyday term.

The reason this is a contentious issue is because the change was undertaken by an unelected military government without consulting the people. Under today’s more representative system, Aung San Suu Kyi’s ruling National League for Democracy Party uses both ‘Myanmar’ and ‘Burma’; at a speech to foreign ambassadors in April 2016, Aung San Suu Kyi said that she would use both names after many years of only using ‘Burma .

“The governments of countries such as the US and UK continue to use ‘Burma’, but ‘Myanmar is used in the vast majority of international media; it is used by the UN; and in general when travelling in the country you find that locals use ‘Myanmar’ when talking freely to foreigners. For those reasons, ‘Myanmar’ is used on this website. 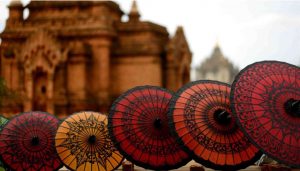 Myanmar has a deep culture of hospitality and openness — most people who visit are struck by the warm and welcoming nature of the locals, who are often keen to ask questions and make friends. And the people love to enjoy themselves — whether it is taking part in one of the hundreds of festivals that happen around the country throughout the year or enjoying a game of football, everyone loves a boisterous public gathering to lift their spirits.

Theravada Buddhism is the most widespread religion in Myanmar and plays a big role in public and private life. Most young people spend time in monastic education and monks and nuns, of whom there are hundreds of thousands, hold a revered place in society. Pagodas (religious monuments) can also be found on any roads, river banks, towns and villages throughout the country; they are central to the life of towns, with shopping arcades and other businesses sometimes built in their entrance areas. 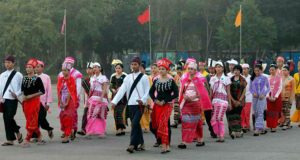 Outside of the main ethnic Burmese population areas, particularly in parts of Kachin, Karen and Chin states, Christianity is devoutly observed. American missionaries played a large part in converting previously animist locals during the late 19th and early 20th centuries, and elements of animism remain part of these cultures.

Islam and Hinduism are also practiced in Myanmar, particularly by ethnic Indians, and temples can be found around the country — most notably in Yangon. Tensions between members of these religions and the Buddhist mainstream have sometimes surfaced, most notably with incidents of Buddhist-Muslim violence in recent years; most have occurred in remote areas and foreigners have not been affected.

Superstition is evident in Myanmar culture, although it is often played down. Some people consult astrologers about personal and business decisions, and it is said that the location of the new capital, Nay Pyi Taw, was decided on the advice of astrologers. In the 1980s, military dictator Ne Win introduced 35 and 75 kyat banknotes because of his belief in the special power of numbers.

Traditional clothing in Myanmar varies around the country, but a national staple is the longyi (sarong), which is worn by both men and women. The longyi was in fact introduced relatively recently, in colonial times, but its popularity is rooted in its simplicity and suitability to such a hot climate.